The journey to the two biggest numbers, 29,000 and 500 would be accomplished by working through to number 8 which would lead to 4.  Here’s how things unfolded.

The day started quietly with a ride to work on near deserted roads.  I was let off early as ’it twas the night before Christmas’.  With time on one hand and a bike on the other, the lanes beckoned. From Fulham I shimmied along old father Thames, then through to Syon Park.  Then there was the endless grey of Southall and Hillingdon, temporarily broken up by a short stretch along the Grand Union canal.

Finally into the lovely lanes of Buckinghamshire as twilight arrived.  Not as many houses decorated with festive lights as in Essex on the weekend, but enough to make the night bright and warm.  A small chunk of local suburbia and then I was at the door to the bikeroom.  102km 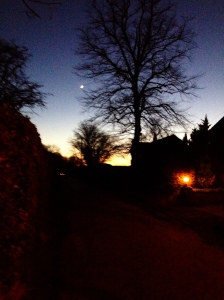 Christmas Day and a brilliantly sunny day waited, so time for a festive spin.  Scotti (MTB) was taken out of the bikeroom for his second Festive 500 ride.  Rack bag with inbuilt co-pilot was attached and the Garmin set in motion.  We headed for one of my favourite local loops, which contained ample skog and leaf chutney for Scotti to enjoy himself plus some super lanes.

The sunshine had brought out lots of folk walking, some of which shared season’s greetings.  The roads were as quiet as a mouse, which was rather nice.  I spotted three topless Noddy cars despite temperatures being somewhat nippy.  The count of fellow bike riders was seriously sadly no more than the Noddy cars. 72km

This wasn’t just Boxing Day, but provided 62km could be ridden the number 29,000 would appear.  The day dawned cold and grey.  I dug ZoeC out of the bikeroom and off we went, with the co-pilot in winter cycling coat in the rack bag.  I zigzagged through my local lanes, pinging in and out of three counties (Middlesex, Buckinghamshire and Hertfordshire).  Unfortunately, the weather forecast was right and bang on schedule it began to rain.

A watchful eye was kept on the Garmin for 62km to turn up. This happened just at the Croxley Green prime sign.  The biggest number of the numbers within numbers had been reached.

Despite the rain, stopping for a commemorative photo was a must.  With only 12km to go until reaching home and with the 29,000 captured, the trundle home was really quite jolly despite the rain becoming heavier. 80km

A short errandonneuring ride with Scotti and the Gecko trailer.  Quite cold, but towing a fully loaded trailer of groceries up hill home kept me warm.  As that well known supermarket says ‘every little helps’. 14km

The quite cold of Day 4 was blasted into old news by the super cold day of Day 5.  By 3pm the roads had defrosted enough to venture a-wheel.  Using some well-known former commuting routes, a swift two and a half hour ride was put in.  Thoughts of Pat Kenny, AUKs late great super mileater creeping out into the dark of the night to come by some illicit miles came into my head as I zoomed through the darkness.  Did normal people go out for night time bike rides I asked myself?  Answer still pending.  51km

For these days I was back to the commute.  So just bog standard days.  However, I wasn’t to know that Day 6 would up the ante on super cold and that Day 7 would lift the bar higher.  Frost masqueraded as micro snow and some Big Apple ice dancing was performed in tandem with Scotti.  Thankfully we remained up-right.   128km 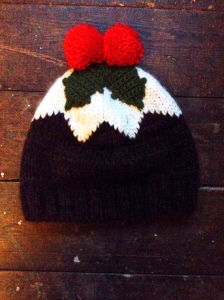 The cold of the final morning of the Festive 500 hit an all-time high, er low of -2C.  The roads were seriously quiet which translated into super icy as there weren’t enough cars to chase away the ice and frost.  Work were being kindly and I was able to leave early.  The icing on the cake was that the weather had changed its mind and had decided not to be cold.  Without hesitation I headed the long way home to enjoy the extra free time a-wheel.  Before reaching home the number 500 was past and then added to.  92km 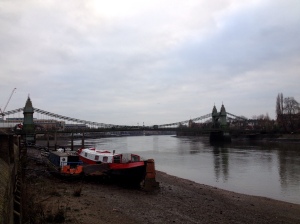 And the numbers as that old C&W song goes;

It’s been a rather splendid Rapha Festive 500.

This entry was posted in 300, 000 mile club, mileater and tagged #audaxuk, #festive500, #outsideisfree. Bookmark the permalink.