As ever, when the final tally for the year is totalled, you always wish it was a bit more. However, with a desperate January and February from unforeseen things like flu, complaining that 13,377 miles isn’t enough would be churlish. 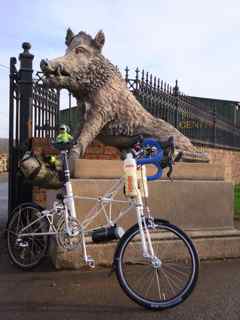 Miles a-wheel of course usually equate to great memories and wonderful adventures. Within the 2011 mileage, there are heaps of both and plenty of rides with new and old cycling friends. To pick out one outstanding memory / adventure would be tough. Vying for top spot would be the inaugural Texas Stampede Rando 1200, my first ride on Casper ‘the little white Moulton’ and PBP Audax and PBP Randonneur. The two memories that stand out most are from the PBPs. The first is the unscheduled all night chase on PBP Audax with Dave Minter and  Yves, (a French rider) to get back to the peloton; achieved but with an uncomfortably close margin. The second is my last night of PBP Rando, riding with Edwin Hargreaves (on trike) to Mortagne-au-Perche trying to chase down Jim Hopper (also on trike). Although we failed in this mission, we had a party riding up hill and down, pulling back endless tail lights. 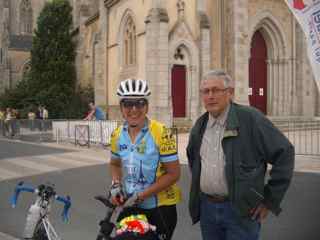 Being lucky enough to ride three international 1200s in one year ensured I met up with lots of old friends from around the world. It also gave me the opportunity to make new friends, including people that I had only ‘met’ via Twitter and blogs, such as the Daily Randonneur tandem team, Mary Gersema (Gypsy Bug) and Edward Felker. Following their escapades in the virtual reality world of the web is even better for knowing the real people. 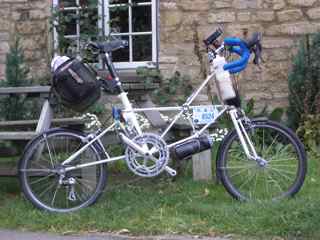 The mileage year ended with an unforeseen splash, when Dave pointed me in the direction of the Rapha 500 challenge. With the Twitter, blogs and Strava all going, I rapidly got wrapped up in collecting kilometres and would up with a surplice at close of play. However, with the brief to collect photos and write about the week, the whole project was given an added edge that I really enjoyed. 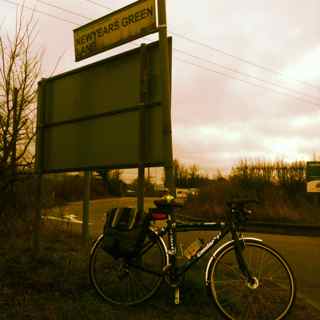 Looking forward to 2012, there is plenty of milestones and targets out there. If the mileage gods smile kindly on me, I should hopefully reach 200,000 this December. I’ve been logging my miles since January 1999, so this will be a magic way point in my quest to become a member of the 300,000 mile club. Hopefully there will also be travel a-wheel with old friends in the UK and overseas and plenty of new friends to be found. There is also the challenge of capturing a whole 12 months a-wheel on ‘digital film’ via Flickr and Instagram, which although started late in 2011, has been a fantastic way of keeping an image diary to go along with the recorded miles.